A Taste of Basque: Txakoli Wine 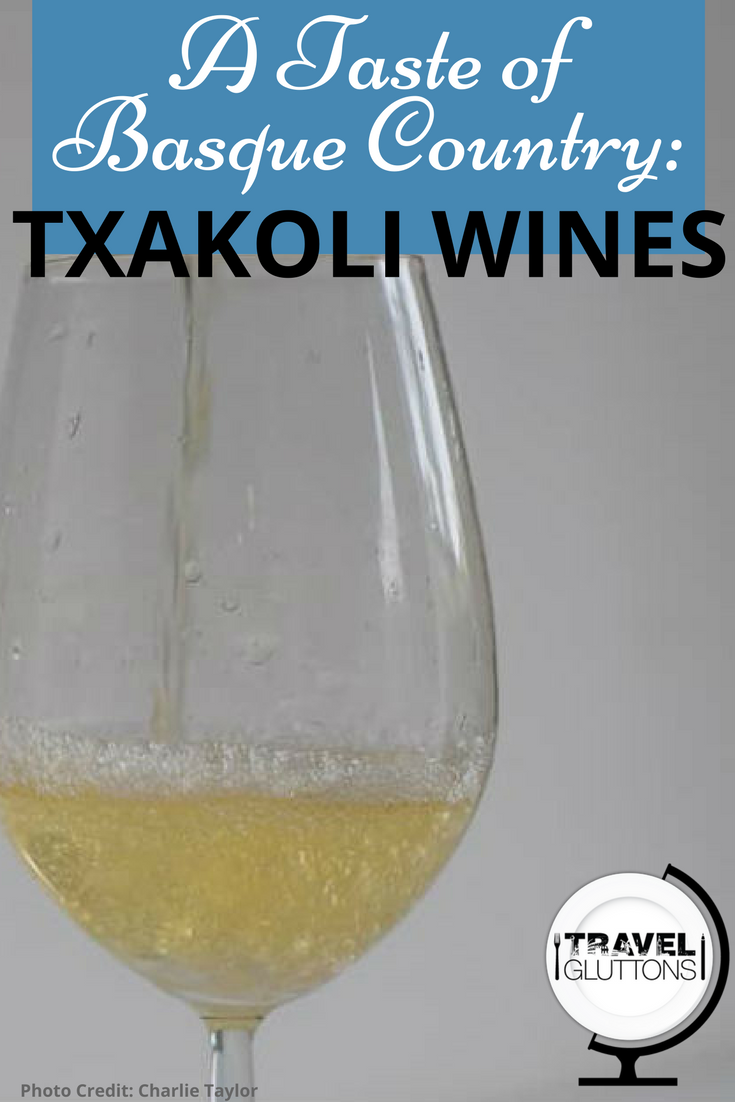 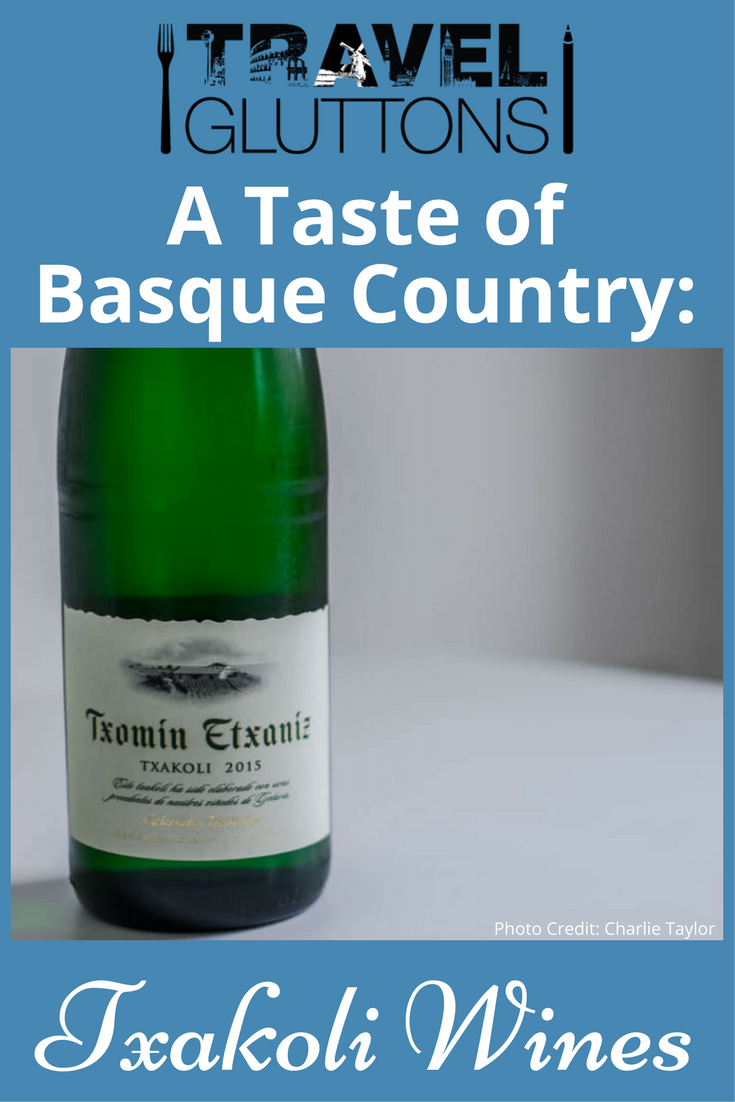 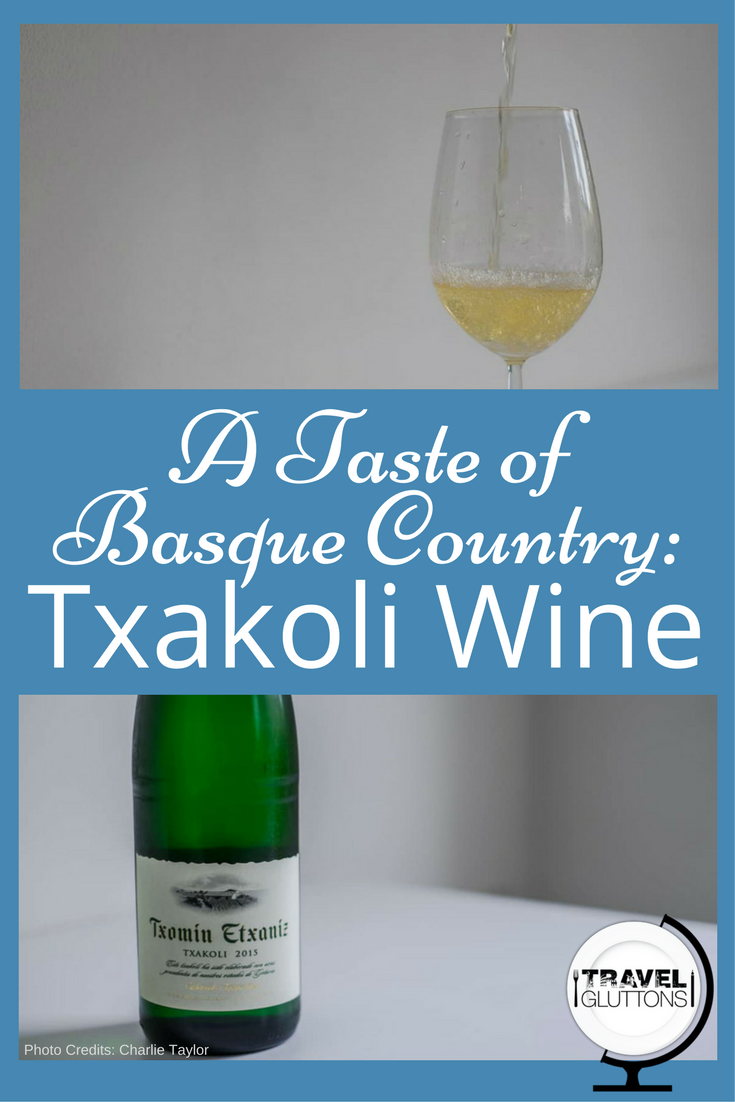 Situated in the western Pyrenees, straddling the border between France and Spain on the Atlantic Coast, is the Basque Country of Spain. Known internationally for it’s cuisine, this region has an abundance of local produce, as well as seafood, meats, and cheeses. Favorite beverages of the area include cider and a special kind of wine called Txakoli.

Txakoli, pronounced cha-co-li, is grown in the coastal regions of San Sebastian, in the small picturesque village of Getaria. With a low alcoholic content of 8.5-11%, this dry, white, slightly-sparkling wine has a very special way of being served. These “rules” allow you to enjoy the full experience and taste of this light fruity wine.

So what’s is so special about Txakoli wine? I went on the hunt for a bottle so that I could taste it for myself; it was not easy to find. Thanks to the efforts of a colleague of mine, Mark van Duijn, from Mark van Duijn Wines, I was able to get my hands on a bottle.

A Bit of Txakoli History

The grape used to make this wine is grown on the southeastern coastal slopes of Basque Country. These grapes, called Hondarrabi Zuri, come in compact bunches with small berries, round and golden in colour. This produces a pale yellow wine, with aromas of citrus, herbs and flowers.

Up until the 1980’s, Txakoli was only produced as a homemade wine. During the mid-19th century it was at risk of dying out completely. Thankfully the DOC (Denomination of Origination Certification), which the Txakoli received in 1989, made sure that its quality, appeal and distribution was increased.

For more history of this unique wine, visit the museum just outside Bilbao.

How to Serve Txakoli

The wine is young, fruity and slightly sparkling, with a moderate alcohol content (9.5-11.5). Normally consumed as an aperitif, it’s slightly acidic but easy to drink.

I carefully followed all the advice I had come across in my research of Txakoli. The taste was very fresh, fruity with citrus tones, a little acidic, but overall quite pleasant. It’s a very light wine which occasionally reminded me of a light cider.

The pouring of the wine was amusing. I wanted to experience the full flavour of the wine, so I duly angled my bottle about half a meter or so above the chosen glass and poured! Most of it went in the glass and sure enough a silver stream of bubbles appeared. There was little mopping up to do afterwards, but it was a quite fun experience.

The professional bartenders in Spain use a special pouring device, and are much more practised at it than me. Mind you, given it was my first attempt it wasn’t a bad effort.

San Sebastian has an oceanic climate, meaning a lot of cloudy and overcast conditions, with warm summers and cool winters. The summer months are dryer and sunnier. Spain is on eastern European time and the Euro is the accepted currency here.

San Sebastian has three airports, two of which are international. So arriving by air is relatively easy. San Sebastian Airport (EAS) has connections to other major spanish cities. Bilbao Airport (BIO), 105 kms away, connects to all European cities, and Biarittz (BIQ), 47 kms away, has French and International Airline connections.

Getaria is situated 25 km west of San Sebastian, so you can make it a day trip or an overnighter. The bus departs from San Sebastian every 30 minutes, costs €2-€5 and will take you about 40 minutes. Service UK11 and UK10 are the routes which will take you to Getaria. A taxi will cost you between €35-€45 and take 20 minutes. Try Taxi Donosti.

As the Basque Country is internationally renowned for it’s cuisine, it’s probably not surprising to discover that the city shares 16 Michelin stars between its restaurants. Many food tours are available if you really want to enjoy the regions best delights. You can take a Pintxo tour (tapas bar), or something a bit more laid back like a lunch tour, dinner and wine tour, cheese and wine tours, or even a vegetarian tour. Both private and group tours are available.

For further information about San Sebastian, have a look at the local tourist board website, where you can find information on things to do, where to stay and eat, and also special offers.

Check Getaria tourist board for further information about that village, too. There are interactive maps and travel tips.

Want to try that high-pour for yourself? Check out this video!

Have you been to this region of Spain? What’s your favorite food, restaurant or tour? Tell us about it below!

Originally from the UK and having travelled extensively professionally and personally, Charlie lives in Voorburg, Zuid Holland and speaks Dutch fluently. A keen Photographer and Writer she plans to visit, photograph, and write about European Cities; and believes that life is full of surprises. . . . .