How to Eat: A Century Egg 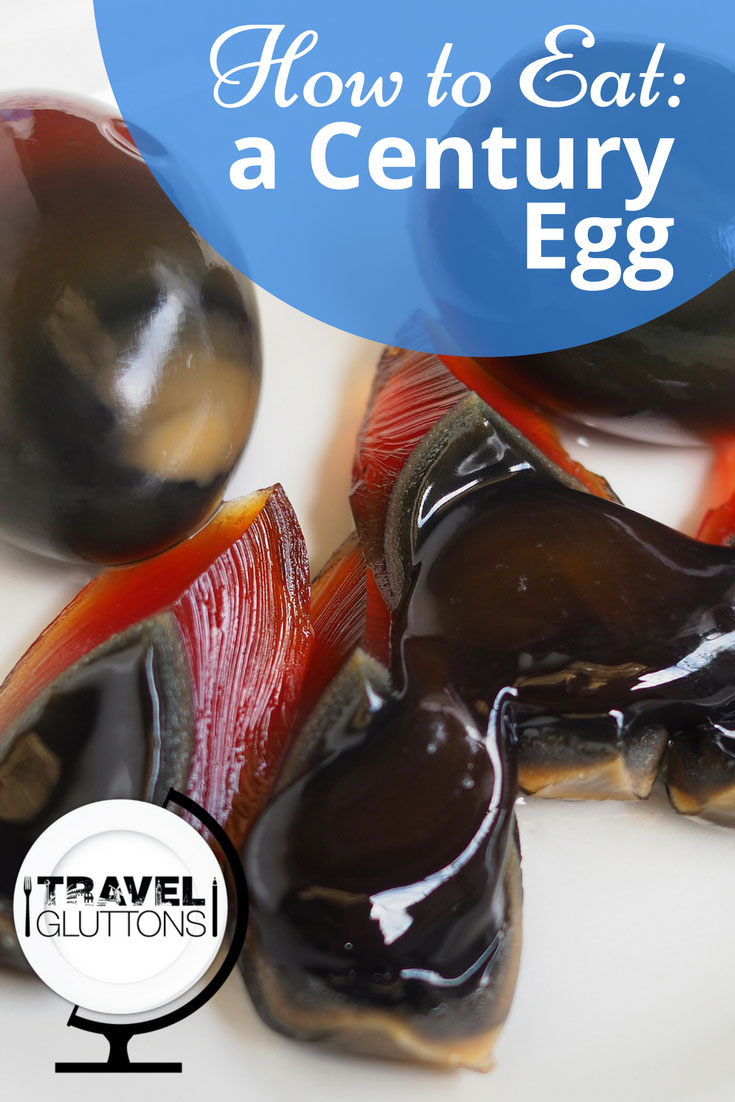 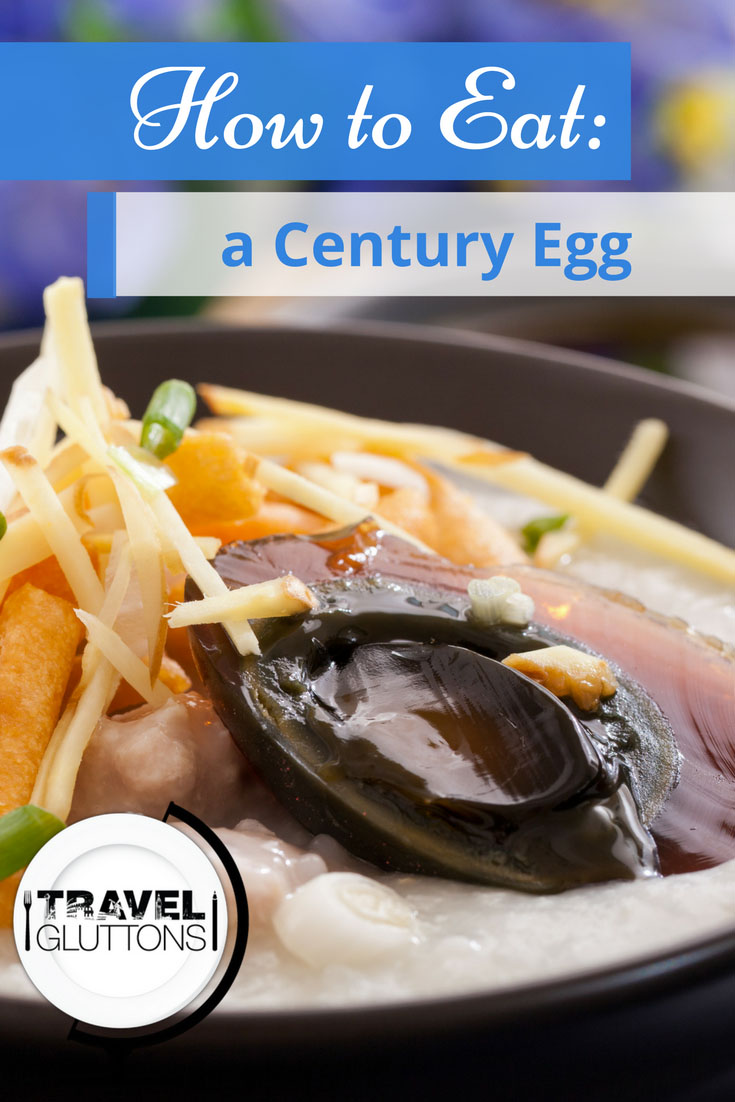 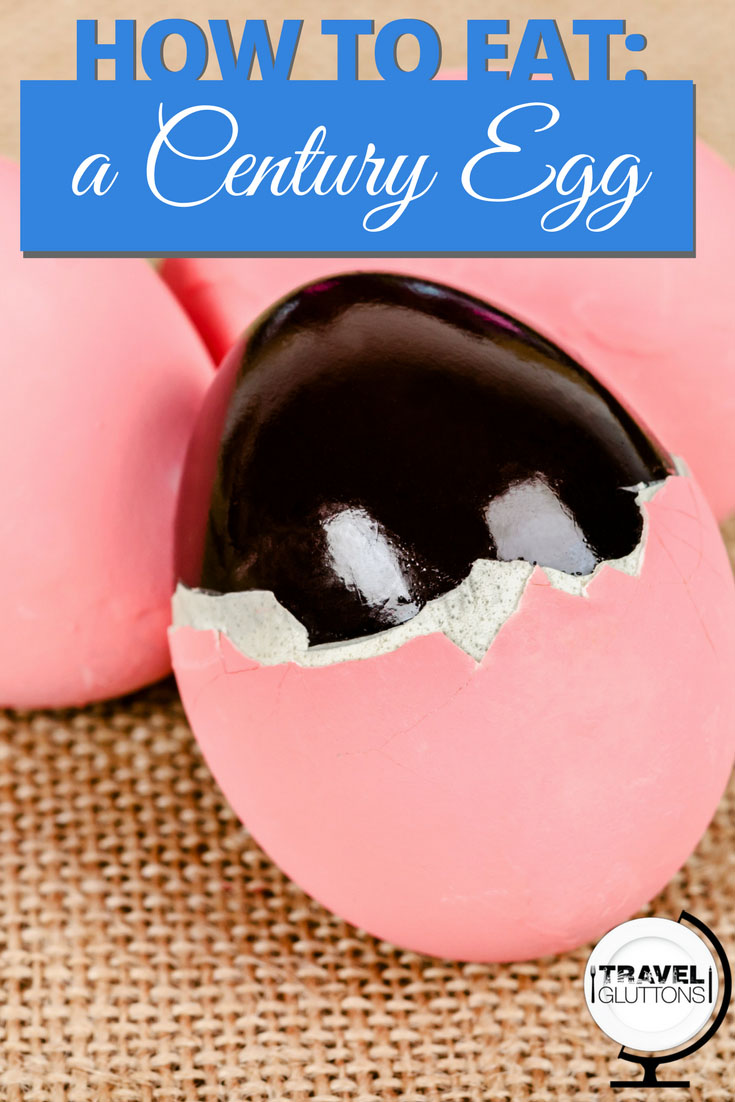 A century egg goes by many names—hundred-year egg, thousand-year egg, millennium egg, pidan, or even stinky brown egg. Regardless of the name, a century egg is not old at all. Instead, chicken or duck eggs are normally covered in an alkaline solution of clay, wood ash, rice husk, quicklime, and salt for a few weeks to a few months. The process turns the yolk green and the whites into a translucent brown jelly. It also gives the egg its distinctive flavour and aroma.

Century eggs not only have a quirky name, they also have a peculiar appearance and an unusual smell. Eggs that came covered in the brown mixture have a barnyard smell. Once you have removed the husk, the eggshell has an unappealing greenish grey colour. After peeling off the shell like a hard boiled egg, a translucent dark brown jelly egg is revealed. Good century eggs sometimes have an intricate pine pattern near their surface. That’s why century eggs are sometimes referred to as “pine-patterned eggs”.

After admiring the unique pattern, you can halve the egg with a knife to find a runny, gooey green egg yolk and a translucent brown, rubber-like white. I find the egg yolk mesmerising, as it’s surrounded by concentric rings of brown, dark blue, and green. By now you may have also caught a whiff of a slight odour that is a mixture of sulphur and ammonia. Here’s a good reason to pay good money for your century eggs, as some say the odour of good quality century eggs is less pungent.

A brown egg with a swampy, green egg yolk and a funky smell. You must be asking yourself now if you still want to put this egg in your mouth. In my experience, once you’ve gotten over its appearance and smell, a century egg actually tastes okay, and has a surprisingly creamy, succulent flavour.

Tips for Eating A Century Egg:

Did You Know This About the Century Egg?

Emmy from Emmymade in Japan shows you how to properly savour this special brown egg.

Would you dare (or have you dared) to sink your teeth into a century egg? Learn how to eat even more of the best food from around the world right here.

One Response to "How to Eat: A Century Egg"