How to Eat: Bossche Bol 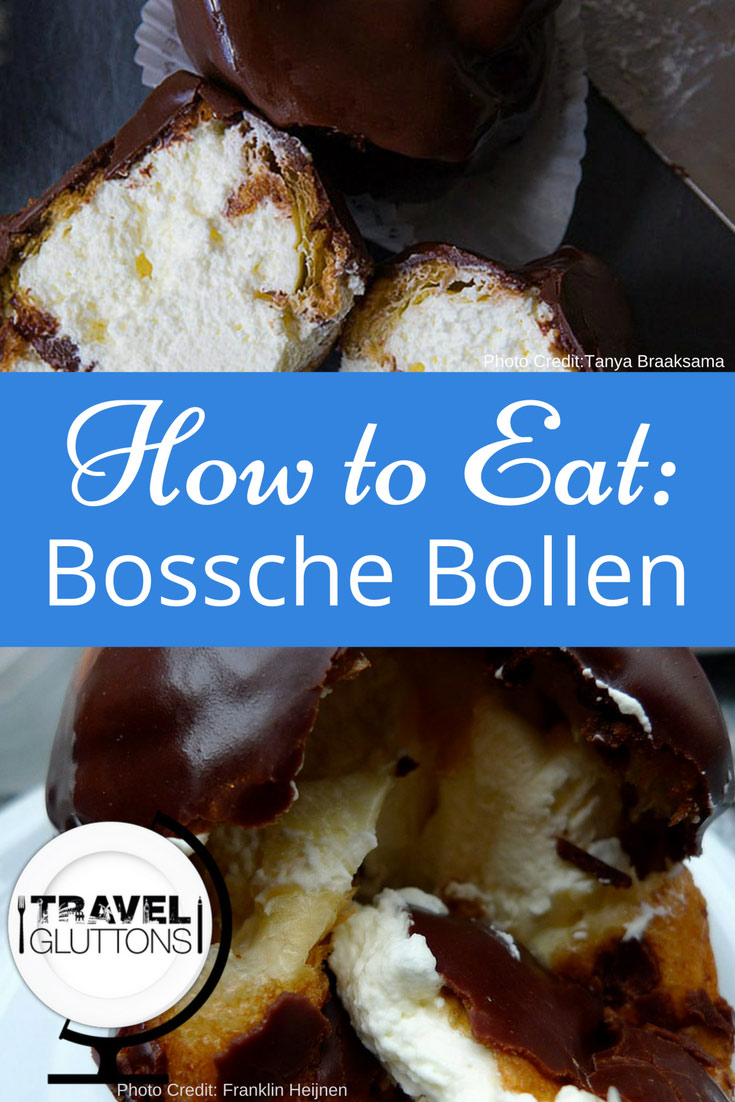 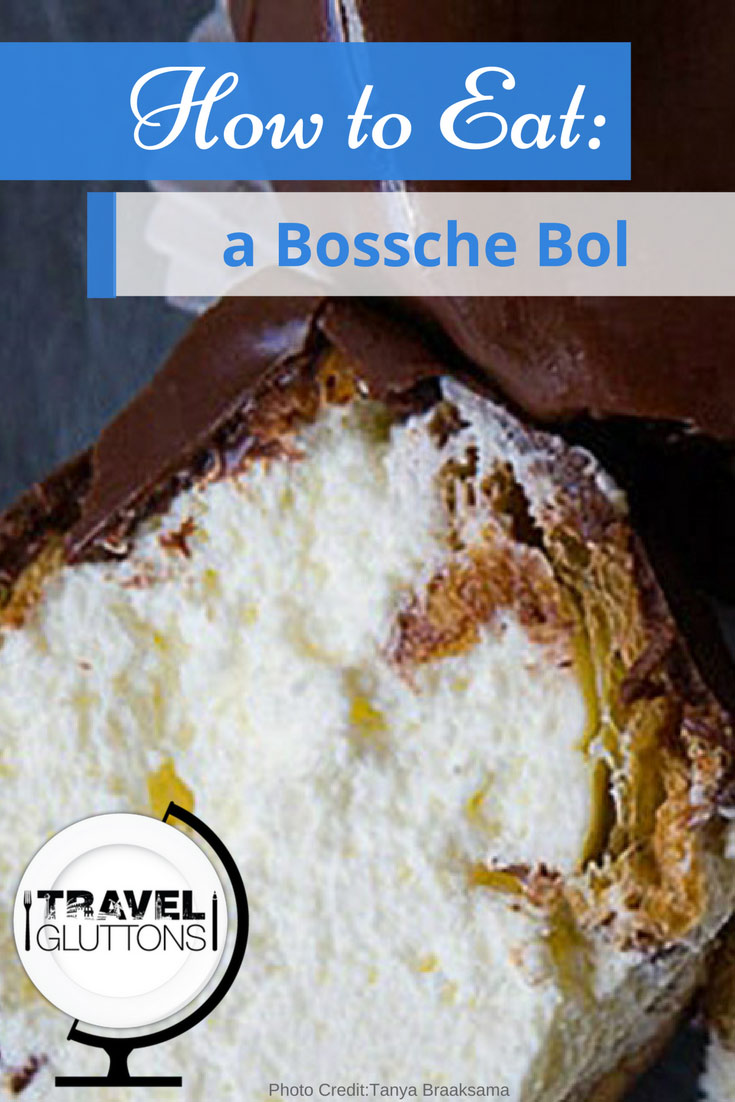 If you’ve lived in or visited the Netherlands, you’ve most likely heard of these pastries, and probably even tried them before. For the rest of us, just what is a Bossche Bol?

What is a Bossche Bol?

Bossche Bollen (plural) are pastry puffs filled with fresh whipped cream and dipped in a dark chocolate coating. The pastry is baked in balls, then the cream is put in from the bottom. They are quite sweet and filling.

History of the Bossche Bol:

Prior to the 20th century, a baker named Lambermont in the city of Den Bosch, or ‘s-Hertongenbosch, served a similar pastry filled with confectioner’s cream. In 1920, Henri van der Zijde moved to Den Bosch and began selling the pastries covered in chocolate and filled with whipped cream instead of confectioner’s cream. Later, Lambermont also sold these in his bakery, as well.

The name “Bossche Bol” didn’t come until later on. It then became extremely popular, both in the city and around it. It’s now known quite well throughout the Netherlands.

Recipes vary, but the Bossche Bollen sold by Jan de Groot are considered by many to be the best and the most authentic. Jan de Groot opened his bakery in 1936, and has passed the recipe down to his family members. They have also now invented a Bossche-Bol-flavored liqueur!

Den Bosch – Where it all began

Originally built as a fortress during medieval times, Den Bosch has become a unique city that has maintained much of its medieval architecture and history. They offer boat rides through the centuries-old canals, bike rides along the fortresses, and tours historical tours.

There are also many, more modern things to do, such as enjoying the friendly pubs and restaurants, partying in the nightclubs or chilling in the jazz cafes. Looking for great foods beyond the Bossche Bol? You’ll find those here, too. There is so much to do in Den Bosch; it’s quite worth the visit!

How do you eat a Bossche Bol?

It doesn’t matter what time of day you enjoy your Bossche Bol, but if you are eating it after a meal, you might want to share. They can be quite filling. Many people enjoy them with a cup of coffee, rather than as a dessert.

Are you craving one now? If you’re nowhere near Den Bosch, you can always try making them yourself! Check out this recipe from The Dutch Table.

While you’re enjoying your homemade Bossche Bol, you can watch this video to see the other reasons you should visit Den Bosch sometime soon!

Have you tried a Bossche Bol? What’s your favorite way to eat them?

This article was originally contributed to by Tanya Braaksma.

Erika has lived in the United States her whole life, but loves to try new foods from all nationalities. After 27 years of being a mom, this graphic designer/writer/editor/Pinterest guru is ready to see and taste everything the world has to offer.

2 Responses to "How to Eat: Bossche Bol"