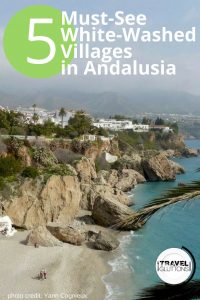 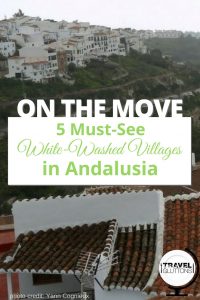 When you tell people you just came back from Andalusia, the southernmost territory of Spain, they ask you questions like:

“Did you go to Sevilla?”

“Did you visit Cordoba?”

“You must have seen Granada, right?”

If your answer is “no”, you get all kind of puzzled looks, and everyone thinks you are crazy.

I chose Malaga as my base camp for many simple reasons: there are many low-cost flights available, it is the birthplace of Pablo Picasso, and it is a very underrated city with an incredible food scene. Renting a car at the airport was easy and very convenient for my day trips.

In the heart of the Serrania de Ronda, a spectacular mountainous region of wild beauty, lies its greatest attraction, Ronda. Known as the last standing Moorish town in Spain, this birthplace of modern bullfighting attracts many tourists. Built on an isolated ridge of the sierra, it is split in half by a gaping gorge of the Tajo (Tagus) river. Even more spectacular is the arched bridge dating from the 18th century, the Puente Nuevo, that links the old, maze-like Moorish town named La cuidad to the modern quarter, El Mercadillo. Don’t miss the fabulous arenas on Plaza de Toros, and be sure to wander around the alleys of the Barrio de San Francisco to see some remarkable and impressive remnants of Islamic artistry and architecture. For lunch or dinner, the many tapas bars are a great option.  Visit one and taste the outstanding variety of Andalusian tapas: from the tortilla, the boquerones en vinagre (marinated anchovies), jàmon serrano, calamares, or morcilla (blood sausage). Enjoy them with a glass of local sherry, of course!

Only 15 kilometers from Ronda, Setenil de Las Bodegas is both lovely and strange, with its Moorish castillo and Gothic church built on top of the rocky gorge. The white-washed houses of the village lie at their feet, along the overhanging ledge. Many are carved straight into the tufa rock! Once a major wine-producing centre, the caves making excellent natural wine cellars (bodegas). The village is now known for its tasty olive oil, rich and smooth wild-flower honey, and earthy, local cuisine.

Many visitors are attracted to the village for its surprising troglodytes houses. Sitting under the rocky roof of one of the bodegas on Calle Cuevas del Sol, eating a secredo iberico or some delicious mini hamburgers is an experience you will want to have at least once in your life!

If you drive further inland, through hills carpeted in olive groves and cork trees, you reach another pretty pueblo blanco called Grazalema. At the heart of the Natural Park of the Sierra de Grazalema, this village is surrounded by lush vegetation due to having the highest rainfall in Spain. Wander along the sloping narrow streets, or admire the spectacular variety of flora and fauna while hiking the area. An important centre of wool production, local crafts are still very important in the region, such as leatherwork.

Their foods are also recognized all over Spain. Try the typical dish, Grazalema’s soup, made with stew stock, bread, eggs, mint, and chorizo. You will also find lamb stew, wild boar, local trout, Spanish Oyster plants, mushrooms, and wild asparagus. Grazalema’s famous goat and sheep cheeses are considered the best cheeses in Spain. For those with a sweet tooth, the homemade pastries such as the amarguillo, the cubilete, or the almond cake will be just perfect for dessert.

This attractive resort town, situated on the Costa del Sol, lies at the foot of the beautiful mountains of the Sierra de Almijara. Perched on a cliff above a succession of sandy coves, it is a popular spot to eat fresh-grilled fish right on the beach, or try a delicious paella. Don’t miss the spectacular view of the rocky coastline from the lively seafront, known as El Balcon de Europa (the Balcony of Europe), and its lovely promenade. The charming old town offers some interesting shopping, too.

Only six kilometers North of Nerja, the popular village of Frigiliana is a beautiful place to linger in the late afternoon, watching the sun go down on the Costa del Sol. After the Reconquista, Frigiliana became a Morisco settlement. Only the Moors who converted to Christianity were allowed to live there. The others had to leave. Built on the slopes of Monte El Fuerte, the steep and narrow streets are beautifully decorated with geranium pots and blooming bougainvillea, and offer breathtaking views of the coastline. Frigiliana is know for its local honey, but also for the lamb. Try the culetas de cordero con tomillo y ajo (lamb chops with thyme and garlic). With a fresh glass of Sangria, it is the perfect to end this Andalusian road trip.

You can no longer count it as part of the pueblos blancos, but believe it or not, Jùzcar was once a lovely white village. You will need to go out of your way to find this surprising place, suddenly emerging after another curve of a tiny sinuous road. In 2011, the village was picked out of the blue (no pun intended!) by Sony Pictures to represent the Smurfs’ village and be part of a huge marketing campaign to promote the film The Smurfs. The entire village was painted in bright blue. Some 80,000 Smurf fans flooded the place the following year. The villagers decided to keep the village blue, and in 2013, the premiere of The Smurfs II was filmed in the village now known as “Smurfs’ Village”.

These five (plus one) white-washed villages remain my favorite, but I am sure you will pick yours after your own visit. Andalusia stole my heart, and my taste buds can’t wait to try its simple, fresh, and delightful cuisine once again. Soon!

Have you been to Andalusia?  What is your favorite village? Tell us all about it in the comments, below!